A five minute drive away from the city and Central Business District, Reflections, presents the the very best in urban and waterfront lifestyles.

In the epicentre of the most vibrant and prestigious southern part of Singapore, Reflections enjoys proximity to Sentosa Island, Vivocity – Singapore’s largest retail and lifestyle hub, and trendy dining venues. Revel in the wide variety of entertainment and cultural hotspots in this exciting cosmopolitan city via the nearby Mass Rapid Transit (MRT) stations.

Reflections at Keppel Bay resides in what must be one of the most exciting waterfront-hubs in the region. Fronting the luxurious homes is Singapore’s latest playground for Asia’s privileged, Marina at Keppel Bay. It was voted Best New Asian Marina/Yacht Club of the Year at the prestigious Christofle Asia Boating Awards 2008. Named Best Asian Marina 2010 at the Asia Boating Awards, Marina at Keppel Bay is the first marina in Asia to be awarded “5 Gold Anchors” rating from the Marina Industries Association of Australia for its excellence in service and facilities in July 2010. Marina at Keppel Bay advances the yachting culture significantly with its professionally managed, state of-the-art berthing, leisure services and facilities, while adding value to the lifestyle aspirations for discerning homeowners.

Reflections is also situated in the heart of nature, with plenty of parks and park connectors where residents can take a stroll in the evenings or explore the southern ridges of Singapore via from Mount Faber, to Hort Park, onwards to Kent Ridge Park.

Enjoy the best of nature, waterfront and urban living at Reflections. 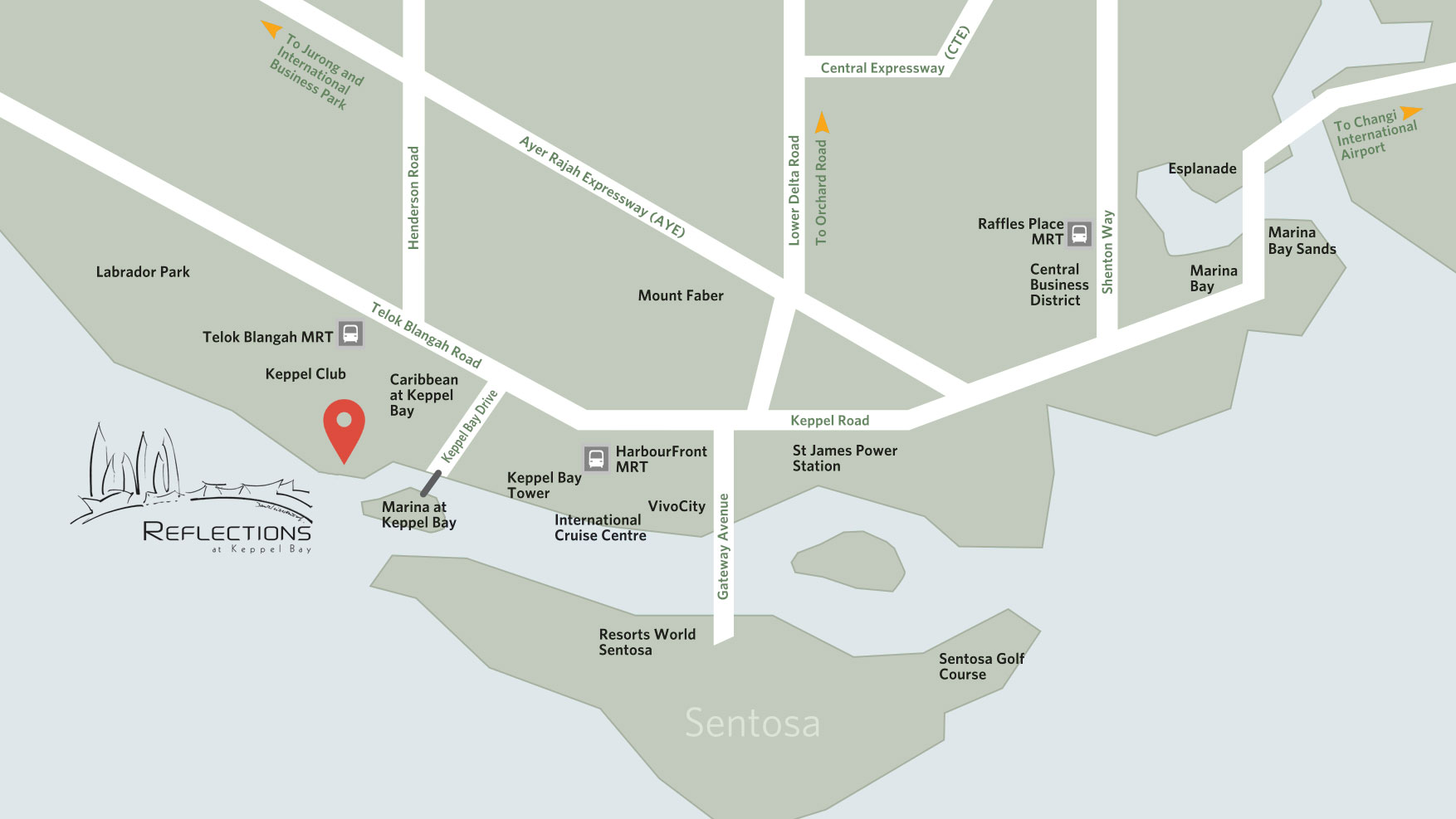 Are you interested in this property or do you have a question about it that you need answered?

Contact me via text, telephone call or fill in the form on the right.

We also have many more luxury condos to show you, so keep on browsing.